Is Dementia a normal part of aging? 4 facts to know!

It’s hard to see our loved ones struggle with any illness, but when that illness is dementia it can be especially difficult. It often takes a huge toll even on the lives of loved ones who provide care for the parents or old relative who is struggling with dementia due to the need for the special care that is required in its management.

Dementia is a condition that affects the brain and causes a person to lose their memory, thinking skills, and ability to do everyday tasks. Dementia can develop in people of any age, but it is more common in older adults. As dementia becomes more common among the elderly population, many people are wondering if it is just a normal part of aging

Perhaps, it is often viewed as a normal part of aging, but is that really the case? Here are four facts you need to know about dementia. Knowing these things may help you better understand your loved one’s condition and make decisions about their care.

What is dementia and what are the symptoms

Dementia is a broad term used to describe a decline in cognitive ability. This can include problems with memory, language, and decision-making. Dementia is often associated with old age, but it can occur at any age. It can be caused by a variety of factors, including disease, injury, or simply the aging process. Sometimes, it can be very difficult to deal with, both for the person experiencing it and for their loved ones. There is no one-size-fits-all approach to managing dementia, but many people find that a combination of medication, therapy, and support from family and friends is helpful. If you are caring for someone with dementia, it is important to be patient, understanding, and flexible. Dementia can be a long and difficult journey, but with the right support, many people can live fulfilling lives.

Symptoms of dementia depends on the person and the type of dementia they have. However, some common symptoms include memory loss, confusion, difficulty completing tasks, changes in mood or behavior, and problems with communication.

A perfect example of how dementia usually crawls into one’s life is a story of a retiree, John, who had always been a healthy man. He played sports in his youth and remained active well into his old age. So when he started to experience memory loss, John was reluctant to believe that anything was wrong. He would forget things that had just happened, or he would get lost on his way home from the grocery store.

At first, John’s wife thought it was just a phase and that he would eventually snap out of it. But as the months went by, it became clear that this was not the case. John’s memory continued to decline, and he was no longer able to take care of himself. He started to lose weight and became increasingly agitated and confused.

John was eventually diagnosed with dementia. This came as a shock to him and his family, as they had no idea that something like this could happen to someone so young. Dementia is most commonly associated with elderly people, but it can affect anyone at any age.

His condition continued to worsen over time. He stopped recognizing his wife and children, and he could no longer communicate or take care of himself. In the end, he passed away from complications related to dementia.

Although dementia is often viewed as a normal part of aging, it is actually a serious illness that can have a devastating impact on those who suffer from it and their loved ones. If you are concerned about your memory or think you may be experiencing symptoms of dementia, please consult with your doctor. There is no shame in seeking help, and early diagnosis and treatment can make a big difference in managing the disease.

Dementia is a debilitating condition that impacts people of all ages but is most common in older adults. While the exact causes of dementia are still not fully understood, scientists believe that it is linked to a combination of factors, including genetics, lifestyle choices, and overall health. Dementia can be caused by several different things, but one of the most common is Alzheimer’s disease. This progressive condition damages the brain cells, leading to problems with memory, thinking, and behaviour.

Alzheimer’s disease is also the most common type of dementia, accounting for 60 to 80 percent of all cases. Other types of dementia include Lewy body dementia, frontotemporal dementia, and vascular dementia.

It is often portrayed as a normal part of aging, but this is not the case. While aging is a risk factor for developing dementia, it is not a normal part of the aging process. Another risk factor is having a family member with the disease, as this increases your chances of developing it yourself. However, there are many things you can do to reduce your risk, even if you have a family history of dementia.

Living a healthy lifestyle is one of the best ways to reduce your risk of developing this condition. Eating a healthy diet, exercising regularly, and keeping your mind active can all help to keep your brain healthy as you age. Additionally, staying socially connected and engaging in mentally stimulating activities can also help to reduce your risk.

While there is no cure for Alzheimer’s disease, there are treatments that can help to slow its progression and improve the quality of life for those affected. In addition, caring for someone with dementia can be a challenging and rewarding experience. It is important to provide emotional support and understanding, while also helping to meet their physical needs.

How is dementia treated

As we know by now that it is a serious condition that can have a profound impact on an individual’s quality of life. While there is currently no cure for dementia, there are many ways to manage the condition and help those affected by it to maintain their quality of life.

One of the most important ways to treat dementia is through proper care. This means providing individuals with the support they need to perform activities of daily living, ensuring they are safe and comfortable, and providing opportunities for social interaction and stimulation.

This is why getting a specialized home care service from reliable agencies such as Rockgardens Homecare Agency, with caregivers who are trying to be compatible with the seniors they are caring for, is important. A good home care agency will work with you to create a personalized care plan that meets the unique needs of your loved one.

In addition to specialized care, there are also many helpful therapies and treatments available for people living with dementia. These can include medication to help manage symptoms such as memory loss, confusion, and anxiety. With the right treatment approach, it is possible to help people with it live relatively normal lives.

Is dementia a normal part of aging

It is not a normal part of aging, but the risk of developing dementia does increase with age. This is because the brain changes that occur with aging make it more susceptible to damage from the disease.

How to care for someone with dementia

For those who are caring for someone with it, it can be a challenging and emotionally draining experience. However, there are some things that you can do to make the situation easier for both you and your loved one.

First, it is important to be patient and understanding. It can cause people to act in ways that are out of character, and it is important to remember that they are not doing this on purpose. Second, try to create a calm and relaxed environment. Dementia can be stressful, so try to minimize noise and distractions.

Finally, encourage your loved one to stay active and engaged. Dementia can lead to a decline in physical and mental abilities, but keeping the mind active can help to slow the progression of the disease. By following these tips, you can make life easier for both you and your loved one.

In case you do not have adequate knowledge or cannot commit so much time, they require at this stage of their lives, you can also consider hiring a caregiver from a reliable home service company. This will give you some time to take a break, while also ensuring that your loved one is receiving the care and attention they need.

Here are 4 facts you should know about dementia:

This condition is a debilitating condition that affects millions of people all over the world. While there is currently no cure for dementia, there are many ways to manage the condition and help those affected by it to maintain their quality of life. One of the most important ways to treat dementia is through proper care, which means providing individuals with the support they need to perform activities of daily living, ensuring they are safe and comfortable, and providing opportunities for social interaction and stimulation. In addition to specialized care, there are also many helpful therapies and treatments available for people living with dementia. These can include medication to help manage symptoms. By following these tips, you can make life easier for both you and your loved one.

You can also consider hiring a specially trained caregiver that can give them the comfort and support they need, and you can learn how you can get a caregiver right away by clicking on the support link here – Click here. 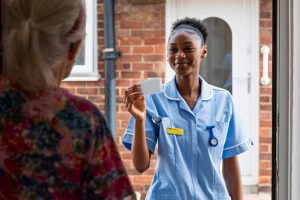 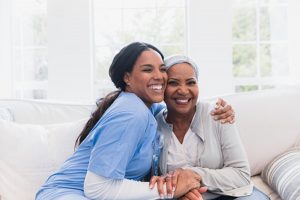 Home care near me? See the best home care in... 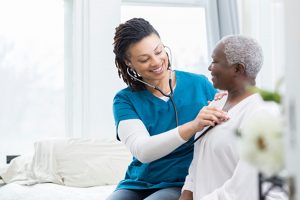 5 reasons home-based nursing care is important for the aged... 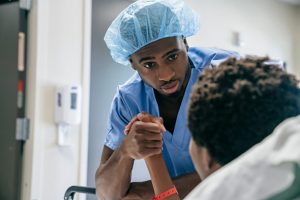 4 Importance of Nursing Care plan in Prolonging life in...

Rockgarden Homecare Agency is a standard and well-coordinated domiciliary care service provider. We offer preventive, curative, rehabilitative and palliative healthcare services to seniors in a systematic way that simulates bringing the hospital to the comfort of your home.